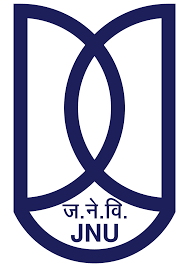 Jawaharlal Nehru University is the foremost university in India, and a world-renowned centre for teaching and research. Ranked number one in India by the National Assessment and Accreditation Council (NAAC) with a Grade Point of 3.91 (on a scale of 4), JNU was ranked no 3 among all universities in India by the National Institutional Ranking Framework, Government of India, in 2016 and no 2 in 2017. JNU also received the Best University Award from the President of India in 2017.

Still a young university, established by an act of Parliament in 1966, the strength, energy, and reputation of Jawaharlal Nehru University result from the vision that ideas are a field for adventure, experimentation and unceasing quest, and that diversity of opinions are the basis for intellectual exploration. JNU is the place for the intellectually restless, the insatiably curious, and the mentally rigorous, giving them the space to grow amidst the calmness of an oasis, a green lung within the hustle and bustle and the crowds of the capital city of India.

Coming into being in 1969, three years after its establishment by Parliament, JNU brought frontier disciplines and newer perspectives for old disciplines to the Indian university system. The excellent teacher-student ratio at 1:10, the mode of instruction which encourages students to explore their own creativity instead of reproducing received knowledge, and of exclusively internal evaluation, were also new to the Indian academic landscape and have stood the test of time. The very Nehruvian objectives embedded in the founding of the University – ‘national integration, social justice, secularism, the democratic way of life, international understanding and a scientific approach to the problems of society’, had built into them constant and energetic endeavour to renew knowledge through self- questioning.